Confused about how much RAM, Processor, or Storage you need to run Fusion 360 smoothly? You are in the right place.

Here’s a low down of the most basic and recommended settings needed to run Fusion 360 smoothly so whether you are a professional designer or a newbie, you have a hassle-free experience.

Fusion 360 runs natively on both Windows and macOS operating systems and requires 64-bits. Most devices in the market will have a 64 Bit Operating System. The PC vs. Mac debate is irrelevant in this case; provided the hardware is solid, Fusion 360 will run devoid of any hiccups.

Notwithstanding, some processors come with both high clock speeds and high core counts. However, the catch is always on the cost.

Additionally, systems using the Intel 8th Generation Core Mobile Processor with Radeon RX Vega M graphics are able to toggle between Intel’s onboard graphics for lightweight tasks and the Vega RX M graphics for graphics-intensive tasks such as CAD.

Further, external GPU’s or eGPUs come in handy for enhanced functionality if your preferred device supports such. The downside is that they’re not as highly portable as you’d expect.

You want smooth operations even if you have multiple programs open in the background and that’s where RAM comes into play. This is why the best laptops for Fusion 360 come with a higher RAM of about 16GB. Autodesk’s Fusion 360 minimum requirement for RAM is 4GB.

However, 8GB is the recommended standard, but since more is better, 16GB serves you much better. Finally, when in the market for a suitable laptop for Fusion 360 and you come across a device with the essential requirement of 4GB but with an option for an upgrade, drop it in your shopping cart without hesitation as it will be cheaper.

Between an SSD and an HDD type of storage, the Fusion 360 works best on the SSD since it’s much faster. Luckily, most of the laptops for Fusion 360 provide the best of both worlds, that is, SSD plus HDD. SSD offers lower capacity but is much faster and expensive. On the other hand, HDD provides a greater storage capacity and is cheaper.

Q1: Is Fusion good for Architecture?

Yes. It is an excellent tool for Architects. It permits the importation of 2D sketches and other reference materials for design development using T-spline modeling strategies.

Architects get a fantastic tool for idea generation courtesy of Fusion’s direct modeling mode, which allows for freedom of component placing and editing minus the structural overhead as is the case with parametric modeling.

Fusion only uses CPU, with GPU coming in handy on the model display.

Q3: Is Fusion 360 similar to SolidWorks?

They share many features. However, there are also stark differences between the two. For instance, SolidWorks is rather assembly-driven, building parts individually in separate files. For Fusion, however, all the building is done and assembled in the same file.

Yes, it can. You can create new designs and save the same to the local cache. Once it is back online, you can have those changes

Yes. Fusion 360 still runs on windows 7. However, there’s a caveat on that. Effective 14th January 2020, Autodesk announced the end of validation, bug fixing, and product support of future releases.

Consequently, although future releases wouldn’t be precluded from installing on Windows 7, compatibility and support would not be guaranteed moving forward.

A majority of the Fusion 360 simulation options are single-threaded. Accordingly, they have limited control as regards the Central Processing Unit utilization during the solve.

Fusion 360 is an incredible tool for design and engineering projects. It is also a great piece of software for projects requiring CAD rendering. Using it to develop 3D printing prototypes with unmatched ease makes it more desirable.

With a comparatively less steep learning curve, students, educators, and start-ups can use its free version. It is also commercially used and not costly. Further, Autodesk provides tutorials on software usage; thus, one can quickly learn to use Fusion 360 with all its bells and whistles.

Finally, purchasing both the software and a computer with the appropriate specs to run it shouldn’t break your bank. Additionally, there’s a wide range of devices capable of running the software effectively. Notwithstanding, it is imperative to consider the specs before settling on a device capable of running Fusion 360 with all its demands. 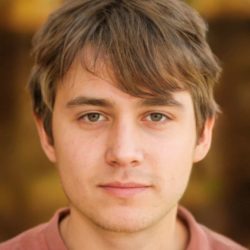 The lead editor for the laptop team at GetSuperBook, Avery has been an integral part since the beginning. With 5 years of experience at one of the biggest IT firms, his experience, MBA in IT, and love for tech make him the ideal person to help you guys make better buying decisions.

We may earn a small commission of the sale from links to any products on the site. You do not pay anything extra and your purchase helps support our work in bringing you even more reviews and guides.